Reconnecting landscapes in the Wheatbelt through revegetation corridors

To reconnect landscapes in the wheatbelt through 20 hectares of revegetation corridors, linking existing remnants, and thereby increasing the resilience of threatened species (eg malleefowl, spiny tailed skink) allowing them safe access to increased areas of their native habitat. To hold a mid-west bioblitz at Latham which involves a weekend of rapid collection of data about the biological diversity of a particular site; enabling scientist and other experts to identify as many plants and animal species as can be found in a limited time frame. It doesn’t provide a complete inventory of species, but rather a ‘snapshot’ of the species that occur in the area.

20Ha of native habitat to be created in June 2016 on 3 farms. Sites to be fenced from stock, feral pest baiting to occur at each site. Increased presence of native fauna and biodiversity on farm land.

Bunjil Rocks Bioblitz – The inaugural bioblitz was held on the 23rd – 24th September 2017. The event was well attended with over 60 volunteers turning out for the weekend. A welcome to country ceremony was given by local Badimaya man Ashley Bell. The main surveys were undertaken at Bunjil Rocks, led by our experienced group leaders, focussing on flora, birds, invertebrates, reptiles and other fauna. Mist nets and pitfall traps were set up and monitored. A night stalk around the Latham reserve was conducted, many children who attended got to try out the UV torches which lit up the scorpions. An early bird walk on Sunday morning was also another popular activity.

Increasing connectivity in the landscape will enhance biodiversity by benefitting multiple species within these isolated remnants. The project will help protect threatened species, chiefly malleefowl, but also threatened spiny tailed skinks an numerous other bird and animal species which are increasingly restricted to localised pockets of uncleared bushland.

Bunjil Rocks Bioblitz – Over 120 plant species were recorded and just under 40 bird species, plus numerous insects. All data will be compiled and a report will be placed on the website. The event brought together professional and amateur biologists, ecologists and naturalists – and those keen to learn more about their natural environment – to advance the scientific knowledge of, and learn more about, one part of the State’s diverse biota, ecological communities, and environmental resources. 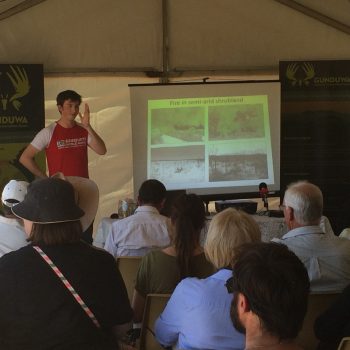 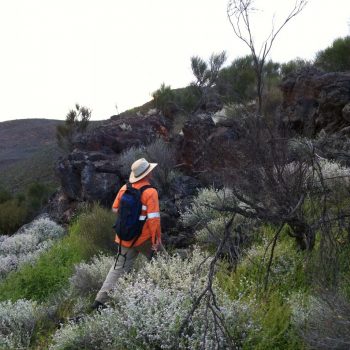